What is a polyp?

A polyp is a small growth arising from the lining of the bowel. They are made up of cells which have multiplied to cause a small growth and vary in size between a few millimetres up to a few centimetres. They are more common in people aged 60 and over. Most polyps do not cause any symptoms, however, they can sometimes lead to bleeding, anaemia (low blood levels) and a change in bowel habit. Most polyps are benign but some types of polyps called adenomas have features which may develop into bowel cancer over years. 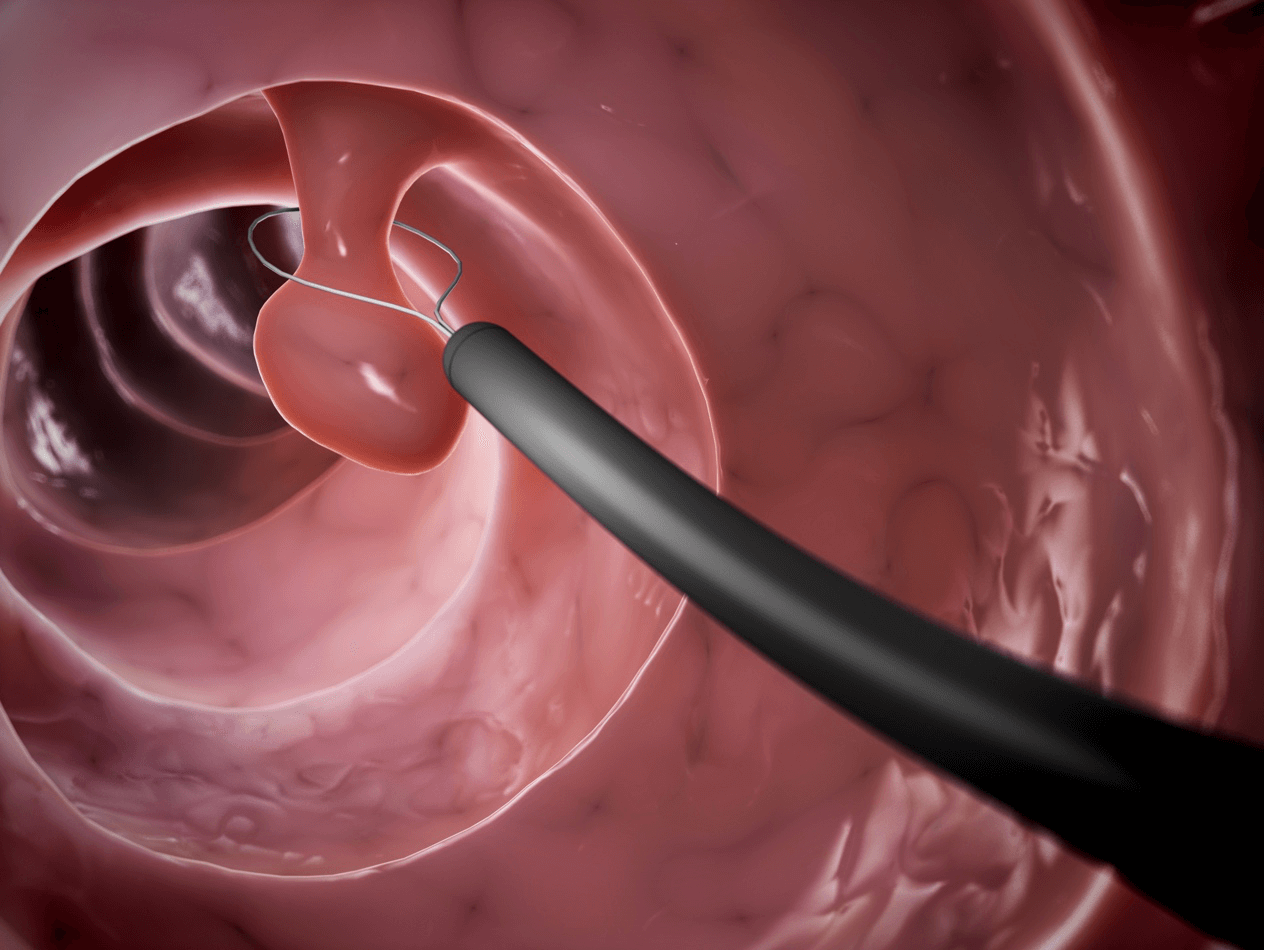 Lower gastrointestinal endoscopy (e.g. Colonoscopy) is performed to check for bowel polyps. When a polyp is found, its surface is examined carefully and if there are features of an adenoma, it is removed and retrieved (usually during the same procedure). The polyp is sent for further microscopic analysis with the results available a few days later. Polyps can vary in appearance and are sometimes on a stalk or appear flat along the bowel lining. Generally, the larger polyp, the greater the risk of becoming cancerous. Once a polyp is found and treated, it is usual practice to undergo repeat surveillance with colonoscopy after a number of years. This is to check and treat for any further polyps which may have developed in the meantime.

Therapeutic polypectomy refers to the removal (and so treatment) of polyps and is a painless procedure. Small polyps may be removed simply with biopsy forceps which usually takes a few seconds. Larger polyps are removed by electrical diathermy with a snare (wire loop). The snare is carefully placed around the polyp and slowly closed. An electrical current is applied and the polyp removed and retrieved.

Colonoscopy is the gold standard for checking and treating polyps. Stool tests such as faecal occult blood tests are useful for screening for bowel cancer and may detect polyps in the general population. If a positive stool test is found then colonoscopy is performed to check for polyps and remove them. Since the introduction of bowel cancer screening and colonoscopy, the number of deaths from bowel cancer has significantly decreased. Virtual CT colonography is a non-invasive scan which can check for polyps but it is not as accurate as colonoscopy and can miss the detection of small polyps.

Importantly, once a polyp is found, polypectomy is still needed to remove and treat the polyp which requires colonoscopy.

Screening for polyps and bowel cancer is usually targeted at older people, however, if you have a family history or are worried about bowel cancer, this can be discussed with Dr Goel to decide on the most appropriate investigations and treatment.